No Kriegsspiel without a map

Explore our sources for maps below.

These websites have maps that are suitable for use in Kriegsspiel.

Some maps are suitable as they are, others need work to be made usable. Information on how to prepare and scale your maps will be made available in another section.

For now, browse and find something you like. Once finished, please see our section on “Making My Map” to learn what steps you must take to print your map for face-to-face play, or import your map for online play.

These processes are different, but we will walk you through both.

Maps are divided by general categories.

Old Maps Online (An Amazing resource with maps from all over the world, across time.)

The Red Atlas (A collection of Soviet Maps from around the world.)

Arcanum (A massive, comprehensive collection, this is our primary source for Napoleonic and other period maps. This may be the only source most people will need.)

Atlas de L’Histoire du Consulat et de L’Empire (Historic French Atlas, black-and-white. Several campaign-scale (regional) maps of Europe and other locations can be found in this book. Images may be small, and difficult to work with if precision is required for your purposes. Otherwise, the maps are suitable for tracking large formations on campaign. )

Eastern Holland (WWII era maps of eastern Holland, from the United States Library of Congress. 5 images in the sequence).

The Library of Congress, Civil War Maps (The first several pages of this collection are books and atlases, which are also viewable. You may have to use the page navigation to get to images of maps alone.)

United States Geological Survey (A map of the United States, with options for various, modern layers.) 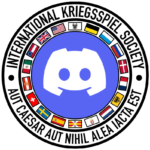 Join our Discord server and become part of a growing community of over 750 members from all around the globe. 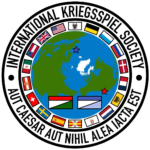 Get in touch either on Discord or via e-mail, leave us some feedback or suggestions or ask us anything about Kriegsspiel. 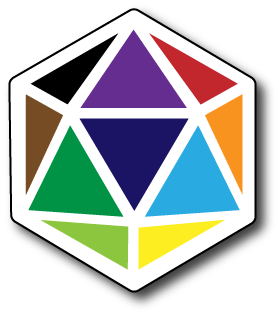 The IKS is commited to ensure inclusiveness and diversity within the community and stands against discrimination and harassment.

We endorse the Derby House Principles.

Manage Cookie Consent
To provide the best experiences, we use technologies like cookies to store and/or access device information. Consenting to these technologies will allow us to process data such as browsing behavior or unique IDs on this site. Not consenting or withdrawing consent, may adversely affect certain features and functions.
Manage options Manage services Manage vendors Read more about these purposes
View preferences
{title} {title} {title}
Scroll to Top